Wednesday 13 July 2022
Sydney Thunder batter, Jason Sangha described his Club’s decision to take its New Year’s Eve KFC Big Bash League match to Albury as one that would inspire the next generation of cricketers, and also charge the city with the excitement of hosting an elite sporting event. 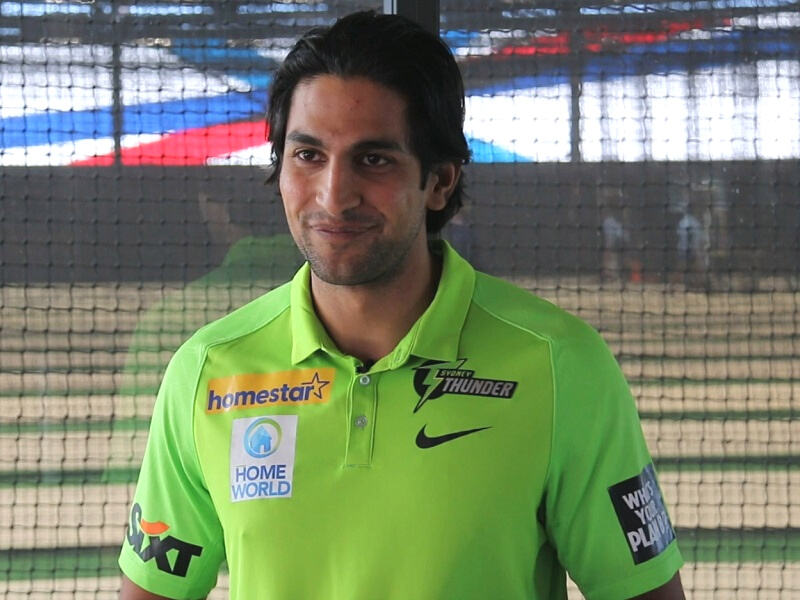 Head of Thunder, Andrew Gilchrist, said the decision to play in Albury Wodonga – 554 kilometres south-west of Sydney - was based on a number of factors, including the wholehearted support the club received from the city’s families and fans who crammed into Lavington Sports Ground when it played preseason ‘Border Bash’ matches there in 2016 and ‘17.

“We’re delighted to be expanding Thunder Nation to include a new community which has shown strong support for the Club over the years,” said Gilchrist.

“Thunder has a history of playing pre-season Border Bash trial matches in Albury, and as a Club we’re excited to be able to take our players, fans, and sponsors there to showcase elite cricket.

“We’re just as happy to think this game will provide families with wholesome entertainment. There’ll be opportunities for boys and girls to meet their heroes and to get autographs and selfies after the match.”

Gilchrist said upgrades to Lavington Sports Ground made it an exceptional venue to host a BBL match.

“Lavington Sports Ground has undergone a significant redevelopment,” he said. “They’ve recently hosted some elite AFL matches and the Nitro Circus in front of excellent crowds.

“The ground proved it is capable of hosting elite sporting content, and we’re very excited to be playing a game there. Indeed, I understand we’ll be the first team to play for competition points in Albury.

“AlburyCity has impressed us with both their enthusiasm and determination to ensure Sydney Thunder’s match against the Hobart Hurricanes will be a showpiece for cricket.”

Lavington Sports Ground has hosted elite cricket matches, arguably the most memorable of them was the 1992 ICC World Cup boilover when minnows Zimbabwe humbled England by nine runs.

“We’ve already seen a number of elite sporting and carnival events take place at our new sports ground, and this most recent announcement of the New Year’s Eve Big Bash match highlights what the facility is now capable of,” Mayor King said.

“We’re delighted to partner with Sydney Thunder, Cricket Australia and Cricket Albury Wodonga for what we know will be an exciting event. I’d also like to thank the NSW Government for their support through the NSW ICC T20 World Cup 2020 Cricket Legacy Fund.

“Not only does the event give our young cricketers a chance to see their idols play live, but also will bring spectators from all over the country to experience what our beautiful region has to offer. I can’t wait to see the huge crowd cheering on the players at our Lavington Sports Ground this New Year’s Eve.”.

Tickets for match go on-sale to the public at 2pm, August 18 (AEST). Thunder BBL Memberships will be available soon. Be the first in line by registering your interest.